By putting a spotlight on Utah’s demographics, we hope to help parents, caregivers, and teachers better understand Utah’s growing racial and ethnic diversity.

Utah’s population, like that of the nation, is becoming significantly more ethnically and racially diverse. With Utah boasting the country’s youngest population, conversations around race and culture with youth are becoming increasingly important. Children often approach us with questions about playground experiences, classroom interactions, or observations about differences in themselves and others. 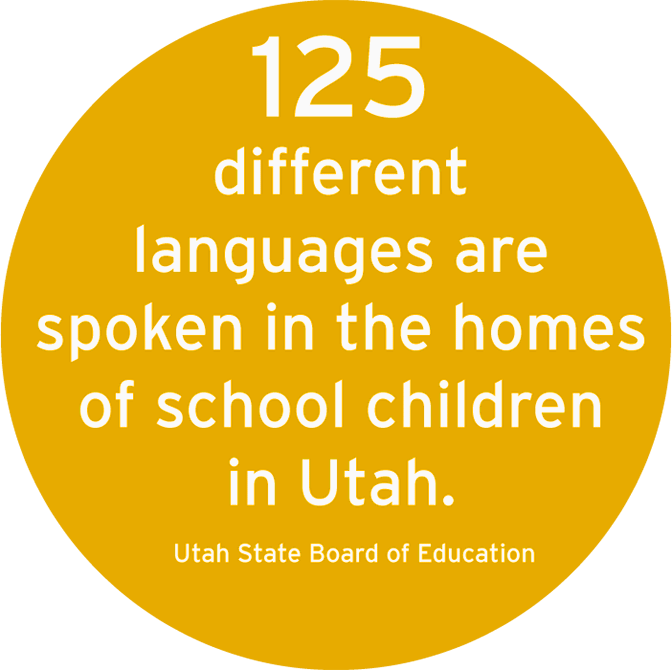 "Those identifying as ‘Two or More Races’ are the fastest growing group, increasing five-fold from 2015 to 2065."
Kem C. Gardener Policy Institute

Conversations around race and culture with youth are becoming increasingly important.

As birth rates in Utah fall, migration, whether from other parts of the U.S. or the world, makes up an increasing amount of Utah’s population growth.  With one of the strongest economies in the nation — along with the diverse geography, four seasons, and relatively low cost of living — the state stands as a welcoming invitation for migrants. And many of the new arrivals don’t have familial ties to Utah or its historically dominant culture. They come for jobs, recreation, education, or to simply start a new life.

As diversity grows across the nation, urban areas like the Wasatch Front find themselves at the center of this change. Utah’s younger population, and the generations to come, are continually part of a multi-cultural, multi-racial, and globally connected world.

People who identify as Non-Hispanic White are having fewer children than in the past, which causes the white population’s median age to skew older, while Utah’s migrant population skews younger, with many individuals in their 20’s and 30’s who are still having children.  Additionally, a large migration of younger, foreign-born individuals in the 1990s means these families may have multiple generations now settled in Utah.  Utah’s minority populations are made up of both immigrants and first and second generation Americans. 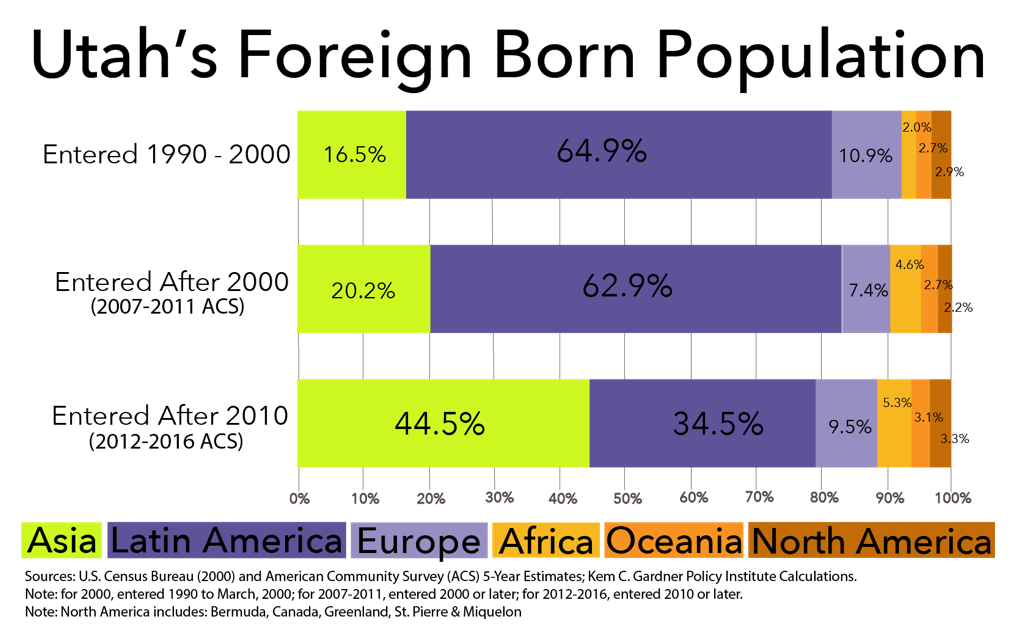 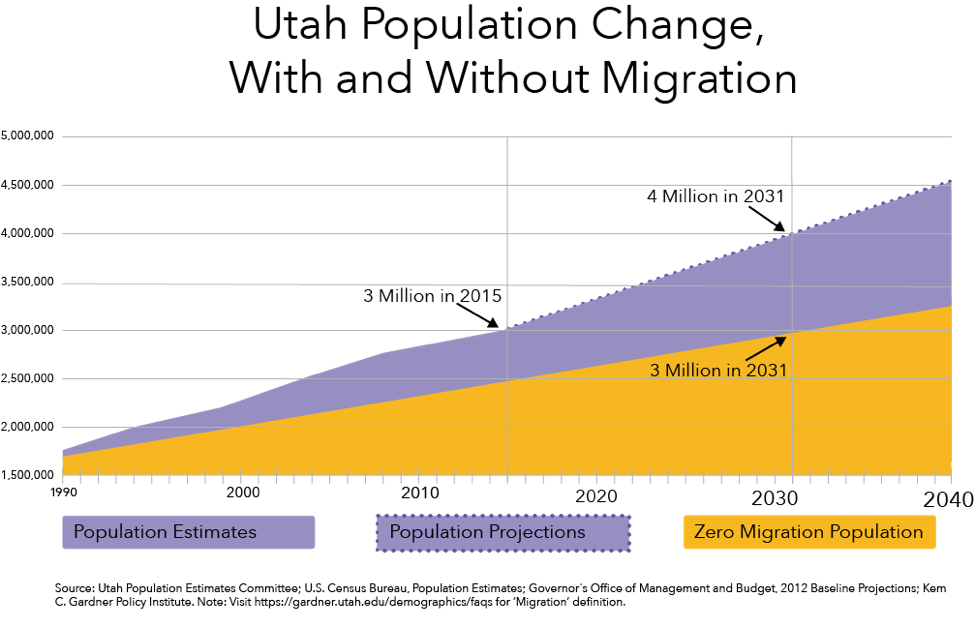