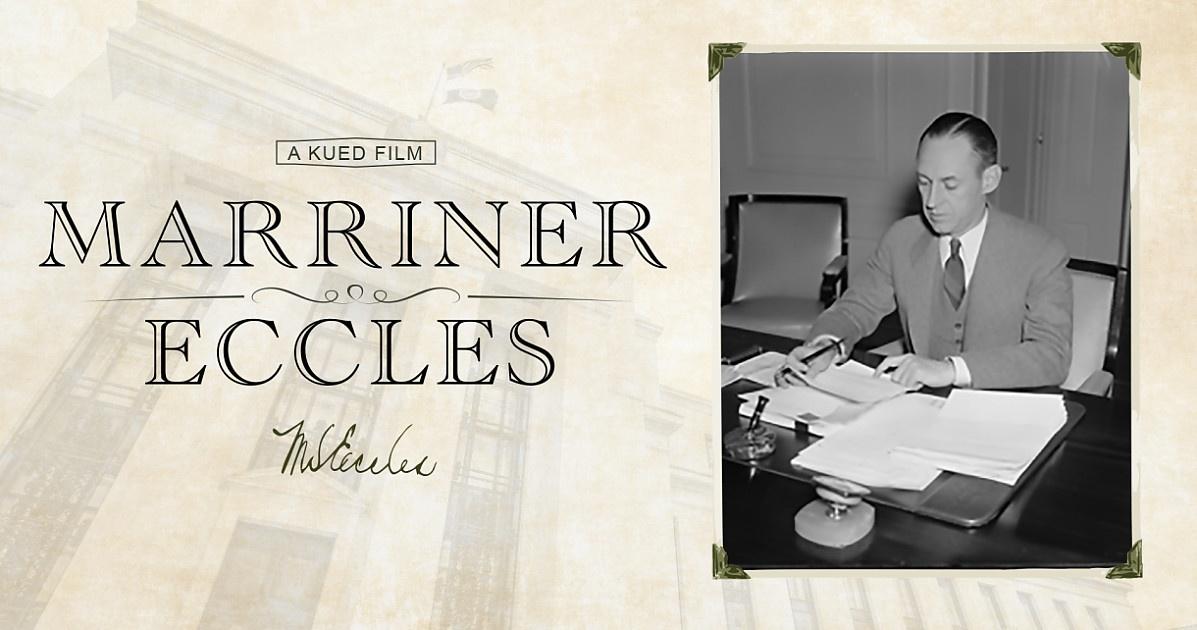 As the Chairman of the Federal Reserve under Presidents Roosevelt and Truman, Marriner Eccles was integral to the economic policies of the 1930s and ‘40s.

He was a staunch advocate for the independence of the nation’s central bank, and a voice of the New Deal.

Marriner Eccles got his business experience from his father, David Eccles. From a young age, Marriner oversaw the family’s lumber, construction, and banking institutions, which gave him an understanding of business from the ground up. But while his father had championed the principles of the free market, Marriner would come to see the economy as something that required interventions on a grand scale.

The stock market crash of 1929 hit American businesses like a wrecking ball. While the branches of the Eccles family’s First Security Corporation kept their doors open — Marriner later wrote “no depositor lost one penny” — neighboring banks both big and small were folding like a house of cards. A quarter of the workforce was out of a job, and Americans were destitute. As the Great Depression took its toll on America, Marriner took to the podium.

In a speech before Congress in 1933, Marriner Eccles stated, “it is recognized by everyone that our most urgent and acute problem today is to immediately provide adequate relief to the millions of our people who are destitute and unemployed in every corner of our nation.”

Marriner had an epiphany. To combat an economic downturn the likes of which the nation had never seen, the federal government must take on a more active role, or risk the collapse of democracy and capitalism both. Soon, important politicians in Washington, D.C. began to take notice of this banker from Utah.

In 1934, Marriner was appointed as Chairman of the Federal Reserve by President Roosevelt. Rather than city, state, or municipality, Marriner believed that only the federal government was large enough to make the kinds of economic changes necessary to stem the tide of the Great Depression. He believed in the idea of compensatory economics — what would later become known as Keynesian Economics — that a nation should run budget deficits in times of need, and surpluses in times of prosperity. In the face of the Great Depression, Marriner saw government spending as a vehicle for recovery. 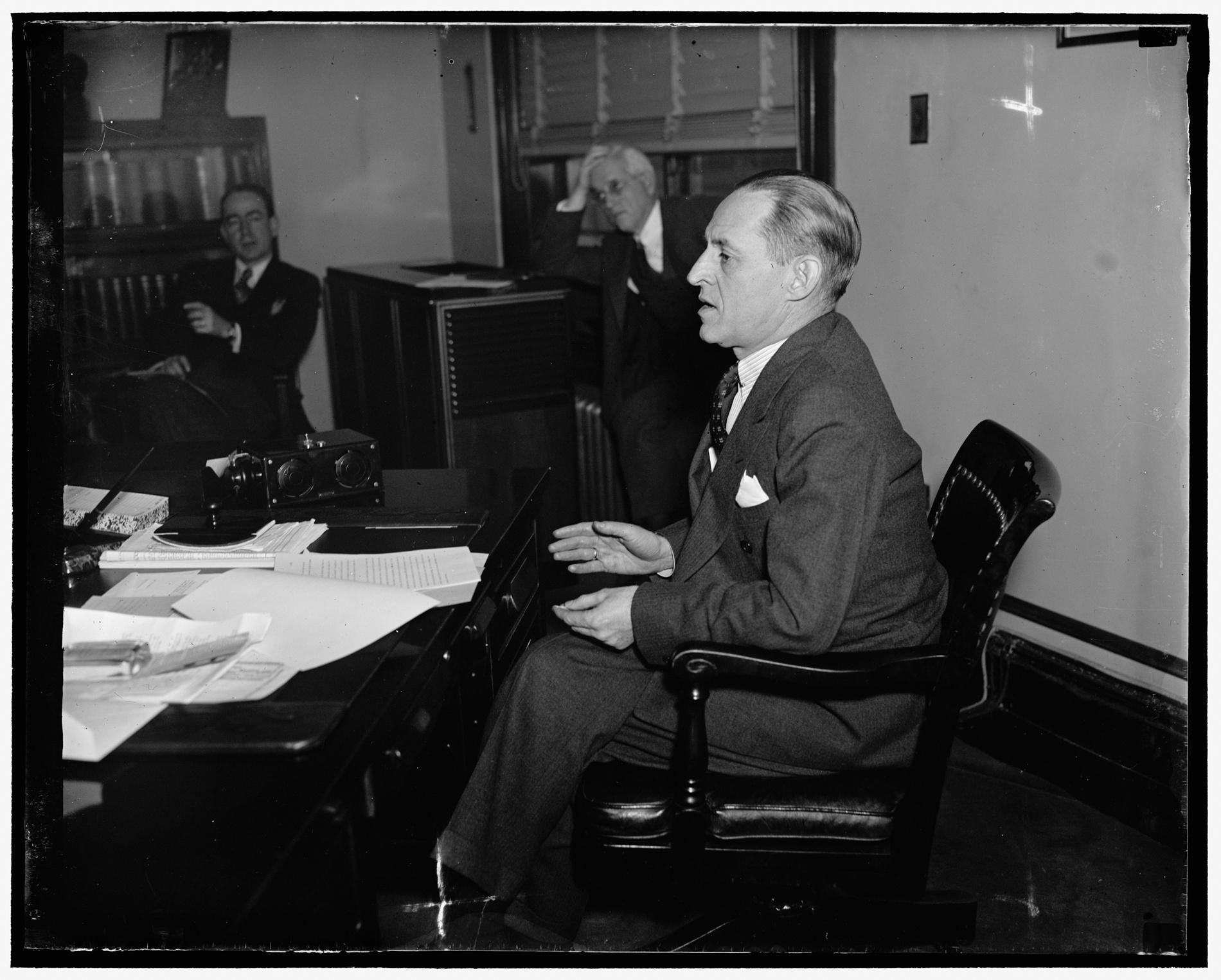 "So who was Marriner Eccles? He was an example of the very best this country could ever hope to produce, and since we are a lucky country, once in a while a Marriner Eccles comes along."

Marriner Eccles shaped the Federal Reserve into the independent institution it is today.

Marriner advocated for ideas that would manifest in Roosevelt’s New Deal, a series of programs and projects aimed at providing jobs and restoring prosperity to Americans suffering under the Great Depression. As the economy slowly recovered, Marriner took steps to solidify what he considered an essential piece of the puzzle — the independence of the Federal Reserve as an institution. Without the ability to operate autonomously, the nation’s bank would run the risk of becoming entangled in the politics of the day.

The Banking Act of 1935, which solidified the Federal Reserve’s independence, as well as consolidated its power, was one of Marriner’s greatest achievements. Through it, and through Marriner’s leadership — in conjunction the creation of the Federal Deposit Insurance Corporation (FDIC) and new restraints and safeguards on the banking industry — the Fed was able to keep interest rates low, combat deflation, and stimulate modest economic growth through the 1930s.

This idea of government spending to spur economic growth exploded during World War II, with the nation running no small deficit to finance the war effort. In the years following the war, the Fed became increasingly concerned over rampant government spending and inflation, arguing it was time to cut back on wartime fiscal programs. President Truman, however, disagreed.

The argument came to a head in the early 1950s, when Marriner found himself embroiled in a conflict with Truman and the Treasury over government bonds. The President argued the Fed should maintain existing interest rates on bonds; Marriner and the rest of the Fed’s Board of Governors argued it should not. The dispute would end with the signing of the Treasury-Federal Reserve Accord of 1951, which although it further cemented the Fed’s autonomy in setting monetary and credit policy, it would ultimately lead Marriner to turn in his letter of resignation shortly after.

Marriner left the Federal Reserve and retired to Utah, where he returned to his family businesses and spawned a series of philanthropic foundations that are still run by the Eccles family to this day (KUED and The University of Utah are both recipients of grants provided by Eccles family endowments). He died in 1977, surrounded by friends and family. 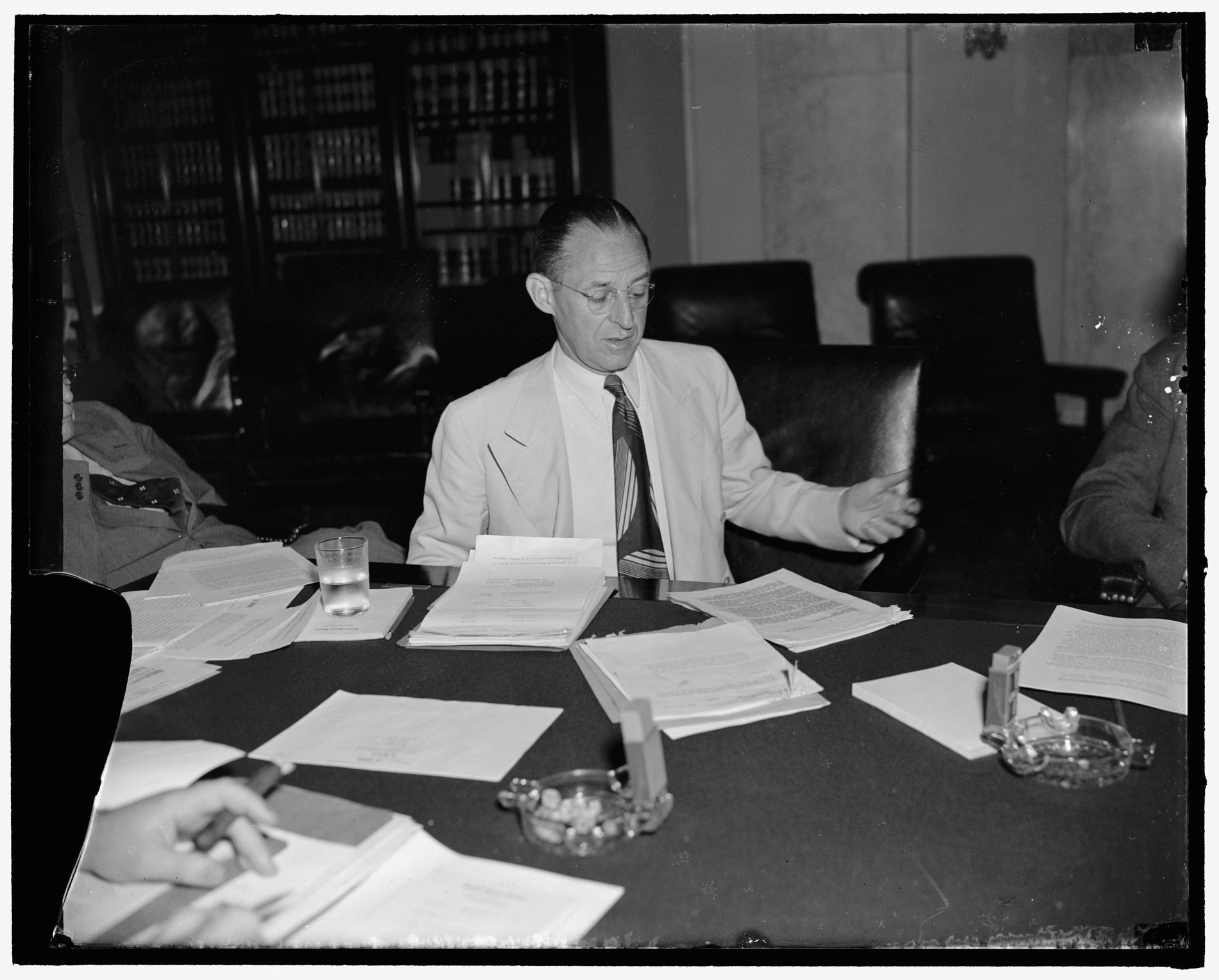 "A good many people believe Marriner Eccles is the only thing standing between the United States and disaster."

Marriner Eccles leaves behind a legacy as one of the premier economic thinkers of the time, a strong believer in the idea that an economic system should work for the common man, whose stewardship cemented the Federal Reserve as the independent, effective institution it is today. The Marriner S. Eccles Federal Reserve Board Building, with its statue of Marriner inside, is a testament to his life and legacy.